Newest, beautiful, single women now added for week of Wednesday, January 13, 2021 - Tuesday, January 19, 2021
During this COVID-19 crisis, be assured we are still working daily to ensure your success! 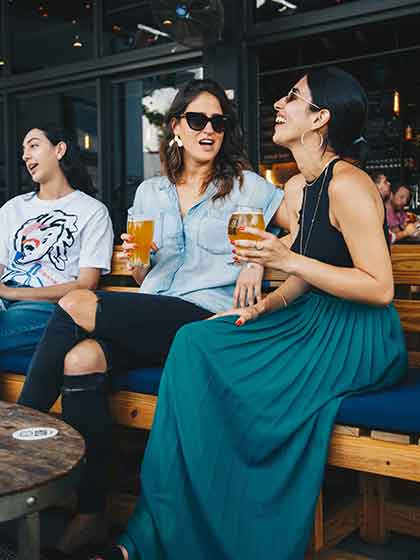 Learn how to attract women in Colombia and to capture their hearts.

How to Attract Women in Colombia

There are many guys that are quite delighted by the prospect of possibly dating Colombian women. This is because they may find the characteristics of a Colombian woman to be quite appealing. For them, such a romantic prospect is basically the same as an applicant landing their dream job. But first, they have to understand how to attract women.

But there are a few problems marrying a Colombian woman. One is that most of them are in Colombia. The other is that there’s generally quite a bit of dating that happens before a marriage and that there’s a lot that goes into dating, like being able to attract the attention of hot Colombian girls.

Now, attracting such attention is not necessary. There are quite a few things you’re going to have to do if you want to start dating and eventually get to marrying a Colombian woman:

If you want to date a Colombian woman, the first thing you need to do is to understand that most of them are in Colombia and you might not be. So you’re going to have to find some way to attract a woman to you in order to make yourself a viable option for dating.

One way to connect is to go online. After all, lots of people meet online and then go on to have perfectly happy successful relationships and even get married to the people they meet on the internet.

So if you want to start dating a Latina, you’re going to to have to sign up for some kind of online dating service in order to be visible to such women so that you can make yourself visible to such women, because it’s not as if they’re going to be aware of your existence magically. You have to put yourself in a position where they can be made aware of your existence.

Now that Colombian women are aware of your existence, the next part is where you essentially sell yourself. You have to present yourself not just as another person but as a viable romantic option as well.

One way in which you can present your romantic viability is to perfect your profile on your online dating site of your choice. This is going to be somewhat important since it’s where you’re going to be most visible to the women that you’re trying to date. As such, it’s going to be of utmost importance that this profile be as perfect as it can possibly be.

This means that you have to choose the right pictures. Beyond the pictures, you also have to craft the right biography because while the pictures are worth a thousand words, adding a few lines to show off your personality won’t hurt your chances.

The pictures will be what catches someone’s eyes and gets you that initial burst of attention. But you may not be able to sustain a whole relationship. This of course means that being compatible in terms of personality is going to be important in order for the relationship to thrive enough to the point that you end up married to a woman gifted with Latina beauty.

Plus, a good profile can show off your sense of humor and that’s generally something women find attractive. Being funny is a great skill if you want to know how to attract women in Colombia.

If you do sign up with a professional matchmaking service for the sake of your love life, the matchmakers will sometimes do this thing where they send you out to meet some of the women you’ve been talking to on the internet. Sometimes, they’ll be a whole bunch of other guys who are there as well and they’re in basically the same position as you, sort of like a group tour, except that instead of seeing sights, you’re trying to find love.

So if you have the opportunity to go on this type of tour, go ahead and do it. Being able to meet and possibly woo the woman you’ve been talking to on the internet is going to be important if you want to get along well enough with her to convince her to marry you.

Plus, going on such a tour at least gets you the opportunity to see another country, which is definitely something that may not be all that terrible since travel isn’t something that a lot of people get to do.

One thing that women generally seem to find appealing, other than height, is confidence. People in general seem to gravitate towards confident men. Confidence in a man seems to have some level of universal appeal.

So if and when you find yourself in a room with the type of women that you’re romantically interested in, make it a point to project confidence. But be careful not to project into outright arrogance, because while confidence is appealing, arrogance is off-putting.

One great way to project confidence is to stand straight. This gives off the illusion of height and for some reason, tall people are seen as more dominant in general, which means that they’re believed to be more confident whether it’s justified or not, they simply are.

One mistake that a lot of people make when it comes to dating is that they let fear guide their decisions. That’s perfectly understandable. Fear is a perfectly normal response to things that are scary, and there’s not much in the world that’s scarier than dating.

But one thing that some people have to do if they want to find the relationship of their dreams is to maybe move past fear. The scary thing can happen, but it’s not as if the world is going to end over it.

The world will keep turning as it always does. So go out and do that scary thing—dating in Colombia. Maybe the relationship will work out and maybe it won’t. Either way, life is going to go on.

A lot of guys do not know how to attract women to the point that they may be unable to so much as start a conversation with one. That’s perfectly fine. It’s not ideal for dating, but the thing about that is that there are ways around it.

If you’re a guy who’s been in the friend zone in the past if you get to any zone at all, there’s a good amount of hope for you. There are lots of dating coaches out there ready to lend you a hand when it comes to sharpening your game so that you can stand a better chance at finding love.


Newest, beautiful, single women now added for week of Wednesday, January 13, 2021 - Tuesday, January 19, 2021
You have to meet the women to marry them! We have group singles tours departing nearly every month!